The Dance of Shad­ow and Light is where the juice is. Here, we dis­cov­er the inter­play of pres­ence and action. Learn to let go of rules, and live!

One way artists achieve “three dimensionality” is to create the illusion of depth through the interplay of shadow and light.

I’m sure the Nation­al Gallery in Ottawa would be glad to pay a cou­ple of mil­lion for either (Cana­di­an joke—the gallery bought a red can­vas for sev­er­al mil­lion a cou­ple of years ago … ) but look­ing at either leads nowhere.

Black and white thinking, on the other hand, seems to be quite popular.

You know the drill.

The way I see it is true. All oth­er ver­sions are false. I’m right, you’re wrong. Your beliefs are immoral, I’m the pil­lar of morality.

Just a Note! Back in 1994, My first book, Sto­ries From the Sea of Life was pub­lished. It’s now out of print, BUT is avail­able as a pdf file. If you’d like to read more of the sto­ries con­tained there­in, amble over to my book site, The Phoenix Cen­tre Press. Once there, sub­scribe to the site’s mail­ing list, and you’ll get the pdf for FREE!

I wrote a story about black and white thinking in my out of print book, Stories From the Sea of Life:

I had a few coun­selling ses­sions with a young woman, while I was coun­selling at a local Uni­ver­si­ty. She was most­ly con­cerned with her sex life, which was not turn­ing out as she had planned.

We dis­cussed it at length, because there was no depth. She was in her first year, and she want­ed to be in an adult rela­tion­ship, and be loved. So, she had been pick­ing up men in cam­pus bars. She’d see a guy, think he was cute, start a con­ver­sa­tion and end up in his bed. Or hers. The few men that hung around past morn­ing rapid­ly lost inter­est in her, or start­ed cheat­ing on her. In bars.

We dis­cussed the pos­si­bil­i­ty that men in bars, on aver­age, were not there look­ing for a woman to mar­ry. They were look­ing for a one night stand. She thought she should be able to change their mind. She agreed, after a bit, that maybe con­text and loca­tion was impor­tant. After all, you don’t buy lum­ber at plumb­ing stores.

By the next ses­sion, she report­ed she’d man­aged two weeks with­out going to a bar. This, she thought, was good, but she said that this had dimin­ished her chances for an adult rela­tion­ship. So, she had joined the cam­pus Lib­er­al Party.

She had gone to a ral­ly. She had bumped into a guy who was cute. They talked, had a sand­wich. They went back to the ral­ly. He stood behind her. His hands wan­dered into her clothes. She thought, “I’ve found true love!” She took him to her room. They had sex. He hadn’t been back since the next morning.

I asked her why she’d con­sent­ed to sex on the first date, with a stranger.

She replied, “Because I’m a Liberal.”

She said, “If you’re a Lib­er­al and some­one asks you for sex, you have to say yes. You obvi­ous­ly don’t understand.”

She then explained sex and relat­ing to me, because I was obvi­ous­ly too stu­pid to get it.

“I want to be in an adult rela­tion­ship, as obvi­ous­ly, I’m in Uni­ver­si­ty, and there­fore should be in rela­tion­ship. I want it now, and the best way to get a guy for the long-term is to have sex with him.”

I point­ed out that this hadn’t yet worked.

“I just need to find the right guy! There’s new bar in town…”

This par­tic­u­lar young woman only came for ther­a­py three times, and quit because I couldn’t see that she had no choice.

If a man want­ed to have sex with her, she had to say yes.

When hav­ing sex with guys she picked up in bars caused her pain, rather than exam­in­ing the core belief, she joined a polit­i­cal par­ty and invent­ed a rule that “Lib­er­als always have sex when asked.”

Notice how one dimensional her approach to sex and relating is.

This is what hap­pens, always, when we have a rigid rule—the rules in a black and white uni­verse are both sim­ple and absolute; they just don’t work.

When a rule fails, black and white thinkers blame others for the failure, as in our story above.

“I want to rule this out”

a) plac­ing a ruler under a line, and strik­ing the rule through, or

b) craft­ing an absolute rule—but notice—if I rule some­thing out, what I don’t have is “what to do now.” I just have, “What not to do.”

Black and white thinking is what people younger than 12 do.

You tell kids the fol­low­ing sto­ry: “A man’s chil­dren are starv­ing, so he steals some pota­toes to feed them.” Then you ask them if what he did is “right or wrong.” Young kids will con­demn the man for stealing.

Teens, on the oth­er hand, will note the exten­u­at­ing cir­cum­stances and say some­thing like, “Steal­ing is wrong, but in this case he was try­ing to keep his kids alive, which is a good thing.”

Being able to see shades of gray is one mark of being an adult.

Letting go of black and white thinking is not a prescription for no beliefs.

When con­front­ed with a seem­ing­ly insur­mount­able obsta­cle, or when our behav­iour gets us unde­sir­able results over and over, the wise per­son begins to look for oth­er ways of act­ing and thinking.

Spend­ing your life wait­ing for oth­ers to change so you don’t have to is a pre­scrip­tion for wait­ing forever.

The life well lived has three dimen­sions. It is alive, vital and vibrant. It begins with a palate of colour wider than one or two. It deep­ens, and it finds its depth at the inter­play of dark­ness and light. In the gray. In the tones and hues and vari­eties. In flex­i­bil­i­ty and in balance.

This week, look at the tone of your life. The blacks, whites, grays. See how often you can broad­en the palate. 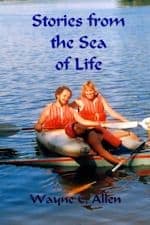 Join our mailing list, and receive a FREE PDF version of my book, Stories From the Sea of Life

Recent Posts
Return To Top
Copyright (c) all rights reserved 2004-2022 The Phoenix Centre Press
800.220.7749
By continuing to browse the site you are agreeing to our use of cookies
Manage Cookie Consent
To provide the best experiences, we use technologies like cookies to store and/or access device information. Consenting to these technologies will allow us to process data such as browsing behavior or unique IDs on this site. Not consenting or withdrawing consent, may adversely affect certain features and functions.
Manage options Manage services Manage vendors Read more about these purposes
View preferences
{title} {title} {title}
Scroll to Top